Due to the rise in fuel costs, a lot of people are beginning to be concerned and people indeed, need cars to commute to work and run errands, it’s becoming too expensive these days to use cars because of the rise in gas price. Why Prius Won’t Turn Off & How to Turn It Off

A lot of people have gravitated towards more fuel-efficient hybrid cars to help save money.

The Prius hybrids are great vehicles that help families save some money and still get the power they have always needed.

This Prius car generally works off of two different batteries: they have the normal car battery which we expect and another secondary battery that handles the electric motor which helps in saving fuel.

Like every other car, their batteries will eventually wear out and die. So what will you do if your hybrid battery dies?

Note that the Prius works off of a parallel system which means that the gas and electric engines work beside each other.

The car picks up some of the slack from the smaller gas engine and then helps the car accelerate and decelerate.

Once that battery fails, you can still drive the Prius, however, the car will be weaker and not run smoothly.

Remember, the Toyota Prius traction battery can sometimes be tricky to understand.

The truth is, there are obvious symptoms of a failing hybrid battery, but some of them are easier to detect than others.

So what about the ones you cannot detect? So how do you know when you’re having a battery on the brink of failure just waiting to show when you least expect it.  Related Prius Fuel Gauge Reading Incorrectly

In case you’re the proud owner of a hybrid car, your main priorities would likely be caring for and maintaining your vehicle.

You will like to ensure the longevity and health of your hybrid vehicle.

Whenever maintenance is needed or failure occurs due to old age or wear and tear, note that there are some signs to look out for. Below are Prius hybrid battery failure symptoms to look out for:

Note that other symptoms might negatively impact your MPG, but it’s likely to be a problem with your battery.

In case you begin to observe a steady decrease in MPG with no other reason, note that it will be best to contact your reputable and reliable hybrid mechanic for a state of health inspection.

Once your internal combustion engine starts kicking in more often than usual, then it’s another big sign of issues with your hybrid battery.

Sometimes it might run much longer than expected or at a strange time, both are symptoms of a failing battery.

In case you watch the screen and start seeing large fluctuations in your SOC, then it’s a definite sign either your charging system or battery is having a problem. Besides, a large swing in your charge rate point to the battery.

One of the hybrid battery failure symptoms is an unexplained drop in battery bars. Once you start noticing a drop in your battery bars with little to no usage, then that’s another sign.

In case you parked the vehicle with full bars and come back to see one bar left, then there is an underlying problem with the Prius hybrid battery that needs to be examined ASAP.

Note that this is caused due to the engine running more than usual, and can be known as another issue with hybrid battery failure.

But as I mentioned above, the internal combustion engine kicking on more than usual is typically a sign of a failing hybrid battery.

In case you experience any of these signs of hybrid battery failure, it’s time to consult your mechanic.

When an internal combustion engine cars get energy from burning petrol or diesel, the electric cars get their power directly from a big pack of batteries.

Note that these are much like a scaled-up version of the lithium-ion (Li-ion) battery you can find on a mobile phone.

But the EVs don’t use a single battery like a phone, instead they make use of a pack that is comprised of thousands of individual Li-ion cells that works together.

Whenever the car is charging up, electricity is used to make several chemical changes inside its batteries. Whenever it’s on the road, all these changes are reversed and helps to produce electricity.

The EV batteries undergo different cycles of discharge that occur whenever you’re driving and charge whenever the car is plugged in. and repeating this process over time can affect the amount of charge the battery can hold. Note that this decreases the range and time that is needed between each journey to charge.

However, most car manufacturers have a five to eight-year warranty on their batteries.

But the current prediction suggests that an electric car battery will last between 10 – 20 years before they need to be replaced.

Note that electric motors work as generators. This means that whenever you take your foot off the throttle, the car starts to slow down by converting its forward motion back into electricity, however, this happens more strongly when you hit the brakes.

Also, this regenerative braking helps in recovering energy that would otherwise be lost, storing it in the car battery again, and help to improve the car’s range.

It might be that the charging system is unable to provide power, while driving, through corroded or loose connections.

It is true that while some headlights are programmed to go off after 30 to 60 seconds, but once the system malfunctions, the lights may not turn off. As we all know, headlights and interior lights left on can drain the battery.

Any battery that fails while the vehicle is still moving can likely be blamed on the charging system. Meaning that the alternator is struggling to help send enough power to the battery, which makes the car stop. One of the common reasons why the alternator has stopped doing its part is loose or stretched belts and tensioners.

Any battery that is still struggling to maintain a charge is likely to fail. Note that even the clock in your car draws electricity which continues to run even as your engine is off, can still kill the battery.

Sometimes, extremely hot or cold temperatures can negatively affect the car battery. Although while severe temperatures won’t kill a good battery, but they can still reduce the charge and cause them to weaken over time. An extreme temperatures are no match for a weak battery and will cause them to fail.

A continuous power is drawn after the engine is shut down, this is usually the result of a short circuit or an electrical device that is left on such as the glove compartment light, the trunk light, or a computer module.

How to Prevent a Dead Battery

Note that car battery maintenance will be your best defense when it comes to preventing your battery from having an untimely failure. Below are how to get a few more miles out of your battery life:

Clean up the area by ensuring is clear of dirt or debris. Just wipe down the top of your battery and clean corroded battery cables including the terminals and connections with a steel brush.

But avoid using any electrical components whenever the engine is not running, such as the radio, etc. But before walking away from your car, just confirm all lights are off or have shut off automatically.

Make sure your battery is clamped down and unable to move. Note that any kind of unnecessary vibrations or movement can jar the battery. Remember, this can be dangerous if you are in an accident, suddenly have a stop, or hit a large bump. This could cause your battery to short out and potentially can start a fire.

Make sure you keep your battery warm in the winter and cool in the summer. This means that no matter the season, if you’re able, just park your car in the garage to help protect the battery from the elements. When in winter, when the temperatures drop below 32 degrees, then consider using a battery blanket to keep the battery from losing too much charge.

Additionally, you can still protect your battery from the heat of your engine by making use of an insulator because the water in a battery can evaporate. Remember that extreme heat only increases the evaporation.

As we all know, lead-acid batteries lose about 1% of charge every day; although that number increases as temperatures rise over 85 degrees Fahrenheit. So in case you don’t plan to use your vehicle for over a week, ensure you utilize a battery tender to help keep the battery charged while not in use.

Prevent multiple short trips. Whenever you drive, the battery will continuously recharged. But when you only drive for a short period, the battery does not receive enough power to be recharged. When you continue this pattern, over time, your battery’s voltage will be so depleted, making it unable to start the car.

What To Read Next: Toyota Prius Check Engine Light Diagnosis 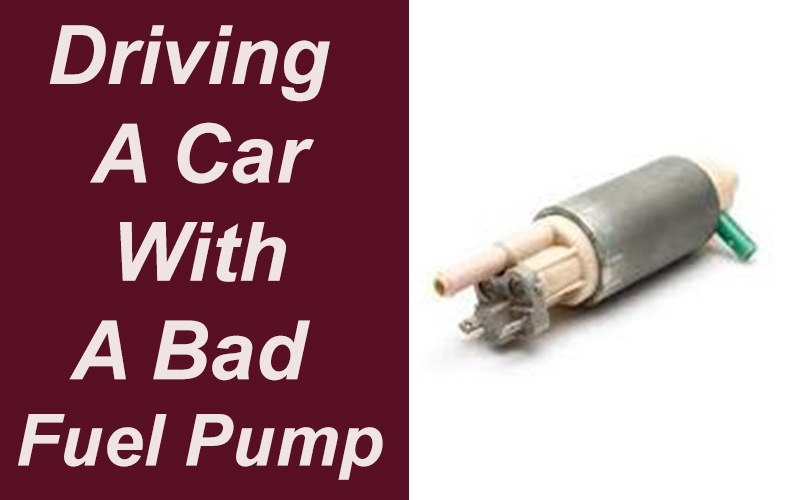 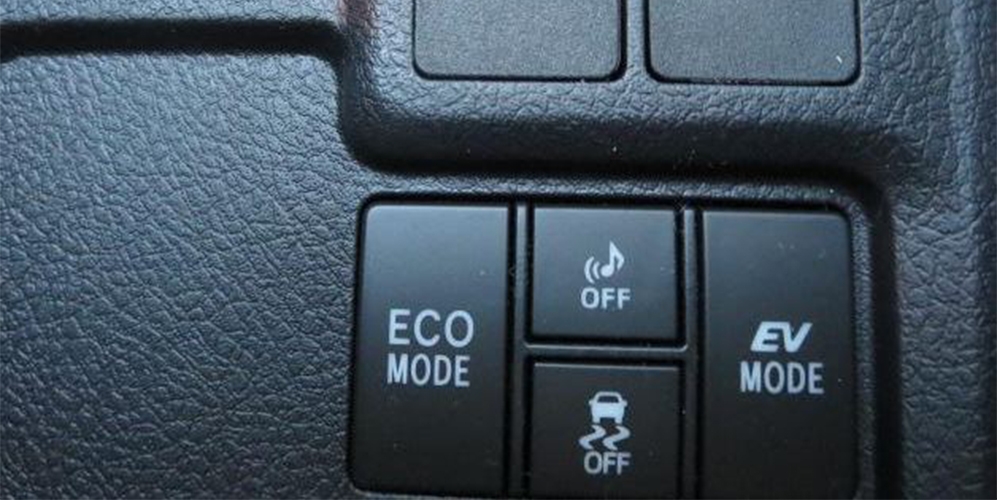 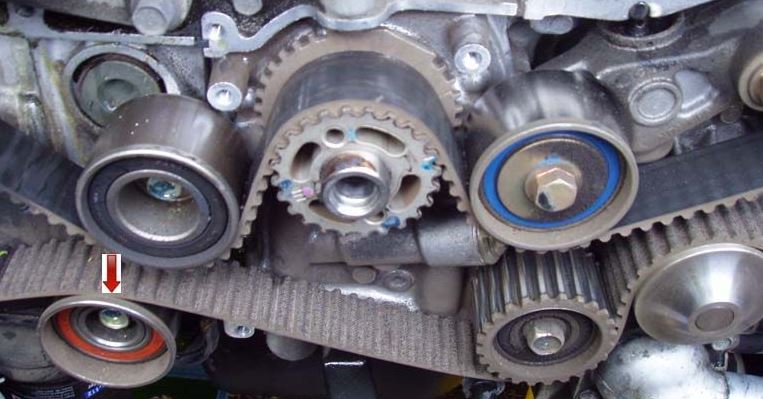